Our spectacular weather continued all week, with only one storm passing through early Tuesday during the overnight hours. My ride marking the halfway point into 30 Days of Biking was an errandonee into Marblehead to drop off some design work. I did a full circumference of town, hitting the west and east side harbors. Pretty day!

The best ride of the week was a taco ride with Will! We rode the trail into town, planning to stop at Dandee Donuts on the way -- but discovered they've permanently closed. So, moving on to an even better plan, we headed to Spitfire Tacos, which recently moved into the Howling Wolf Express location. The tacos were really good and we'll definitely be back for more! Tacos and bikes... what could be better? 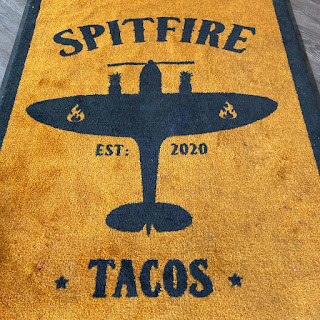 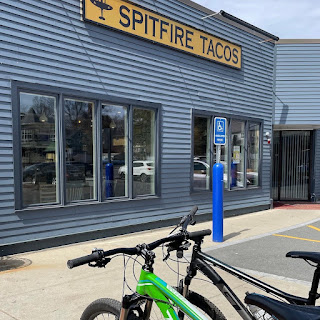 We had a rainy day on Easter Sunday with occasional peeks of sun. I decided to break out the Schwinn Breeze, (which makes at least one annual appearance during 30DOB), and headed out for a quick spin in a light drizzle. Soon after leaving the house, the rain turned to hail for a few minutes. Crazy! 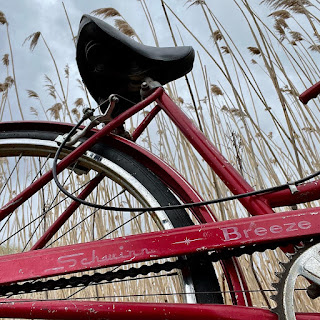 Monday (Day 18) was a holiday in Massachusetts, Patriots Day, and the streets were fairly quiet on my ride out through Salem Willows. E.W. Hobbs was surprisingly open, (normally only open on the weekends in the Spring), and I passed a little boy carrying a bag of popcorn bigger than he was. I laughed and told him it was "the best popcorn", and his dad replied that they "came down from Maine for it." Hahaha. He may have been exaggerating, but it put me in the mood for some Hobbs. Mmmmm. Good. 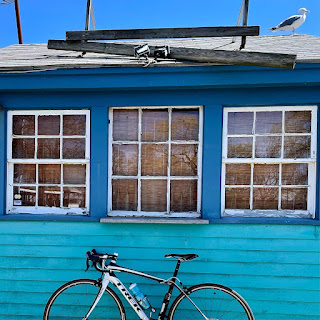