VANDERKITTEN VIP
I'm proud to have been a part of the Vanderkitten Elite brand ambassador team for five years, competing in events and races across the country. The supportive camaraderie of the VK community was inspiring.
Vanderkitten Athletics was a cycling apparel brand based in California. Vanderkitten sponsored female athletes in a wide range of disciplines -- including professional cycling, cyclocross, mountain biking and triathlon. VK's mission focused on promoting active, healthy lifestyles and gender equality in sports. 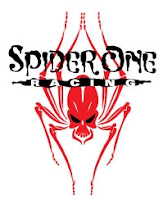 SPIDER ONE RACING / BOWZ
SpiderOne Racing had a great run. I joined the Spiders in April 2013 after taking on some big challenges that year and had to step up my game. Personal coaching with SpiderOne's head coach, Shayne Gaffney, prepared me for the events I committed to in 2013 and for several years after, until (like all good things) SpiderOne Racing eventually came to an end.

BOWZ (an acronym for Bitches (I prefer Babes) on Wheels) is a splinter group of women from SpiderOne Racing that includes many former Spiders. We have great fun together, on and off the bike, and I love my BOWZ fam. 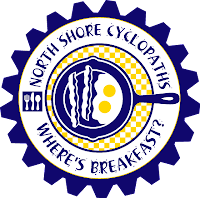 THE NORTH SHORE CYCLOPATHS
Cycling the backroads of the North Shore, looking for breakfast

The North Shore Cyclopaths were founded in 1974 by four crazy guys; Av Hammer, Bill Cantor, Sheldon Brown and the Honorable Judge Samuel Zoll. It was an active and social group for several decades. The passing of three of the four founding fathers, and the advanced ages of the majority of the members, brought the traditional Saturday morning rides to a halt in 2017.

In its heyday, the group had a wild reputation -- biking through the bitter winter months, 100+ mile rides up the coast in the blistering summer heat, and joining Billy Starr's then-fledgling Pan Mass Challenge -- they were true Cyclopaths. Mileage and speed was always determined by who showed up on Saturday mornings -- and the rides were often spirited. No one took it seriously, the pace was often slow, and the distance could vary from 15 miles to 70 -- but it was always about the friendship more than the miles. And, of course, the breakfast.