We're half way into this year's 30 Days of Biking Challenge, and we haven't had an April snow day this year! In previous years, I've had at least one snowy day to ride through, and while I'm not complaining, it does make you wonder if we're headed into a drought. I rode to the pond on Day 12 and noticed it's very low for this time of year. Usually we've had more snow and rain throughout the winter months.
Early in the week, I took the trail into town for a coffee ride, (aka coffeeneuring). It was 60 degrees and sunny, but I had projects to work on at home and didn't have time to venture far. I ended up at Java Sun Café for a latte and lemon biscotti.
On Wednesday, after meeting Donna at the track, I headed over to a Beverly and rode up to Singing Beach in Manchester. Locally, it sounds far to people who don't ride, (because it's a slow, windy drive), but it's less than 15 miles, round trip. (For context, a loop of Marblehead neck and the perimeter of Marblehead is about the same distance.) I rode the back roads up to Beverly Farms, which is quite torn up with broken asphalt and potholes. Fortunately I managed to escape without a flat because I didn't have a repair kit with me -- an early season mistake. 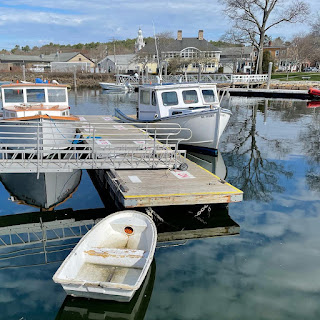 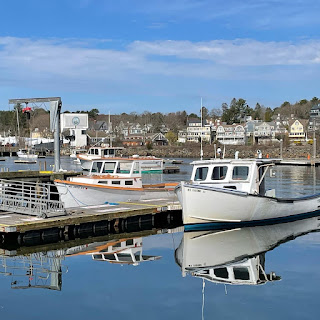 Finally, to close out Week 2, I ran errands by bike (aka errandoneuring) in Salem on a gray, dreary day. I got out early since I had projects at home that I needed to make headway on. I rode through The Point district and stopped to take some photos of the murals there -- a bright bit of color on a gray day. 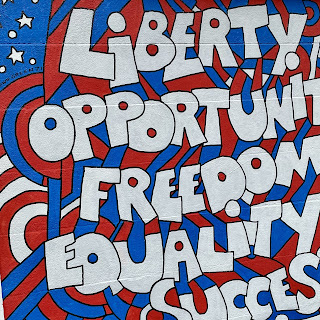 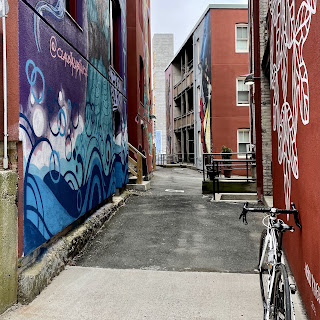 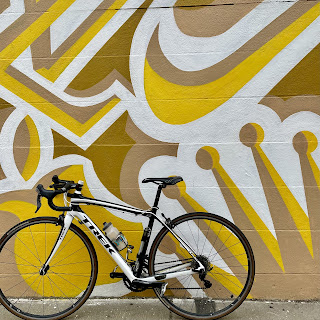