Thirty Days of Biking: Closer to the end

We had a nor'easter blow through during the early morning hours of April 19, leaving a wild and angry sea behind. The winds were still quite strong for 30 Days of Biking, as I headed out for an afternoon spin. I didn't go very far. I stopped at Phillips Beach to take some photos of the fast and high surf, and got caught by a wave! It was ice cold. I ended the ride soon after, heading home in my cold, wet clothing and shoes. 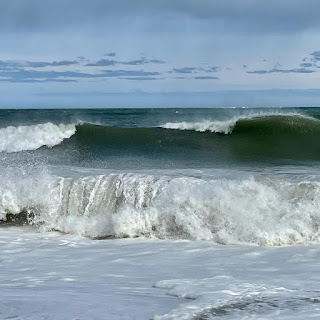 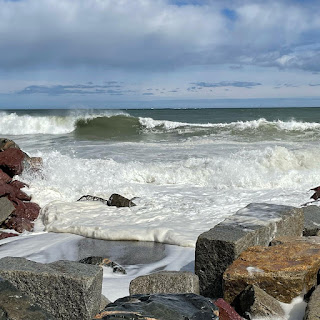 Days 20 and 21 were rides through Beverly and Salem, respectively. The wind was pretty strong both days, remnants of the nor'easter earlier in the week. I stopped by Lynch Park for ride #20 to see if anything was blooming in the walled garden there. It was overrun with a dozen school-aged kids playing hide and seek amongst the trees, shrubs, and statuary. They were having a great time. 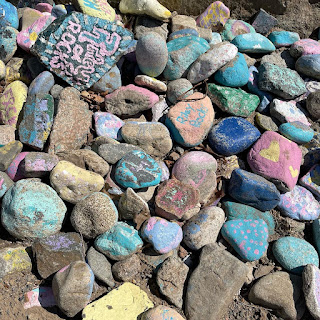 On Thursday, April 21, I rode over to the Peabody Essex Museum to catch the progress on a new art installation, The Blue Trees, by Konstantin Dimopoulis. Volunteers began painting trees with an environmentally safe blue paint on the PEM campus. It will be fun to see the trees later this Spring when all the leaves are full. 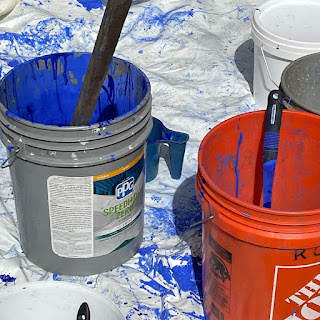 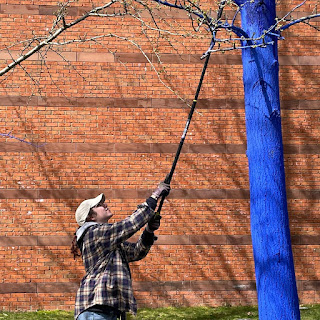 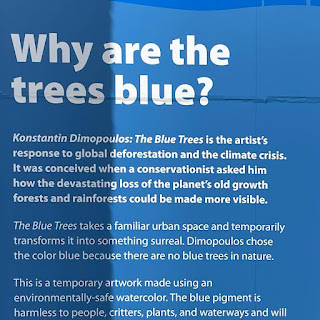 Closing out the week on a spectacular sunny day in Salem, I caught a glimpse of the goldfish mural behind the Starbucks on Dodge Street, usually blocked by a bank of dumpsters, crates, and boxes. The dumpsters were pulled away from the mural by several feet and the pallets and crates gone, (perhaps it was trash day?), so I took advantage of the lucky opportunity to catch a photo while I could. It's a great mural! (Title, "yooo my humans, wtf is goin on in there?!" by artist JEKS ONE.) A fun end to the week.