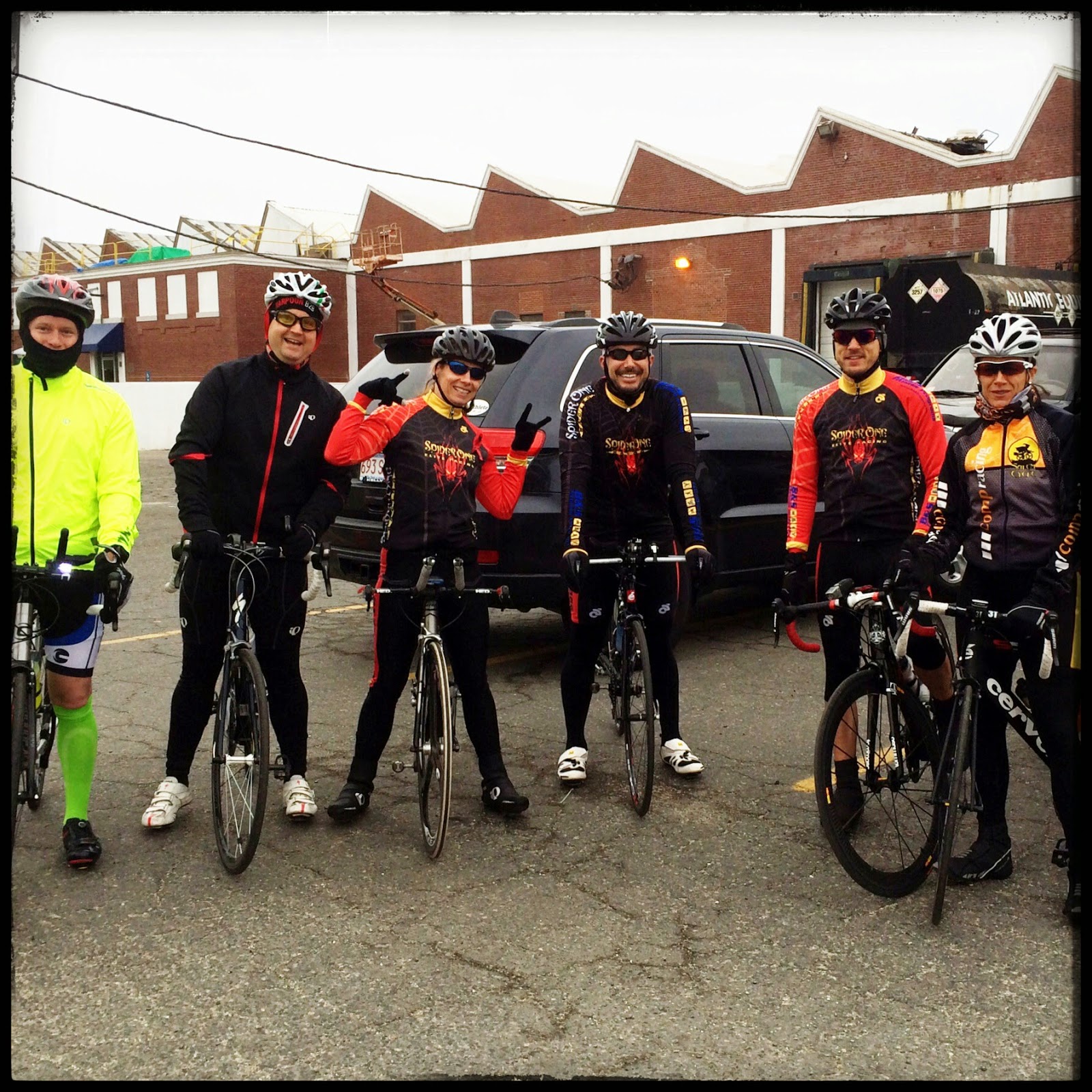 Today was one of those raw, cold days where temps never made it past 45 degrees all day. It was really hard to get motivated to ride. I had commitments all morning that made it impossible to get out earlier in the day, and I crossed my fingers that it wouldn't get much colder by 6 pm, when SpiderOne planned to ride. (Of course it fell just below 40 as I headed out the door.) It seems so wrong to be wearing winter cycling gear at the end of April. Just crazy.

My throat is burning, my eyes are watery, and I've had a pounding headache since Sunday, but I rode over to Salem anyway to meet the gang. It's easy to forget you're not feeling your best when you're with great people -- and they all make me smile.

I don't know if it was the Sudafed I took before the ride, or my own cluelessness, but somehow I missed the route plan for the night. I headed one way while the others went in a different direction. I thought I knew where they'd end up (in Swampscott), so I headed that way planning to meet them, but ended up not finding anyone until the end of the ride. That's o.k., though. I don't think I could have kept up with anyone tonight anyway. I did manage 20 miles for the ride, which was a lot more than I would have gotten had I ventured out solo... because really, feeling like I do, I would have done the bare minimum.

Just one more day of this crazy challenge...