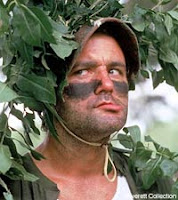 The weekend blizzard was quite incredible. Our Beach Bluff neighborhood received two feet of snow -- which was really exciting until we had to shovel it! (I'm calling the five hours it took to shovel us out my weekend crosstraining.) Sadly, the houses at the end of Beach Bluff near Preston Beach were pummeled by the astronomical high tides and surf. There was quite a lot of damage by the storm surge.

The good news from the storm? We received two feet of snow. (O.k. yes, I'm repeating myself.) That new snow translated into an awesome day of snowboarding today. Its all about perspective!

Still, I'm hoping that enough melts before the weekend so we can get a good bike ride in -- (Ed? Ethan?) I'm guessing our Frostbite Rides may be on hold. There's very little road out there squeezed between the 4 foot snowbanks. Early spring? Silly groundhog.