Ayyyiii it's April. I've been dreading the month-long commitment to the annual 30 Days of Biking challenge this year, but here we are. I headed out on April 1st, not really sure I wanted to ride this year, but not willing to give it up, either. Ending the challenge on Year 8 feels underwhelming -- I should really go the full decade. So here I am, riding again, every day in April.
Day One was a slow loop of Marblehead Neck. I passed memorial flowers, candles, and notesleft by classmates of a Marblehead High School senior who lost his life in a crash on the causeway two weeks ago. Heartbreaking.
Day Two was a ridiculous hike-a-bike lost-in-the-woods day at Lynn Woods. I came across a dog walker who told me to follow the blue marks to get out of the maze, but that didn't help. Blue marks went in different directions and it took an hour to get to a main route. I really don't know why I get lost there so often.
I rode with Lila and Alison in Concord on Sunday, had lunch with them after, and then headed to the Battle Field Road Trail for some exploring. I'd never actually been there, where Paul Revere was captured, and the fields and taverns where the revolution began. Really, really fascinating
Rides 4, 5 and 6 were again slow rides. One through Marblehead and Little Harbor, where lobsterman were stringing up traps for the season, and one in Salem, just poking around the waterfront. We've had a few nice days for that. Week 1 wasn't so bad. 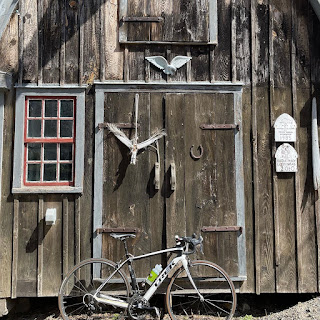 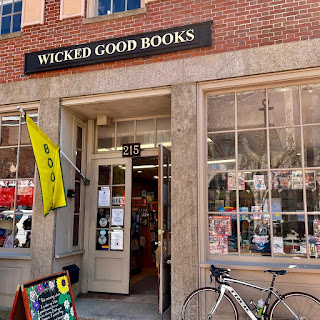