Each year for the past five, Mike and I have taken turns getting the boys to/from the University of Michigan. Mike heads out at the start of each year and gets them set up, while I head out at the end of April to bring them (and their belonging home). Since it often coincides with 30 Days of Biking, I bring along the bikes and hope there's room for their stuff. Ha.
It's a looong drive from Massachusetts. I left at 5:30 a.m. and arrived in Westlake, Ohio too early to call it a day, so continued on to Sandusky, which promised a nice ride for Day 26 on the shores of Lake Erie. It didn't disappoint. I had a chance to bike several miles along the bay pathway and quiet streets of Sandusky, stretching my legs after a long day on the road. That area of Ohio is really beautiful, with conservation land and parks, gorgeous views of Lake Erie, and the bucolic scenery of pastoral farm land. I saw a gazillion egrets as well.
I felt reenergized after my ride and continued driving another hour and forty-five minutes to Ann Arbor. It was a good decision, 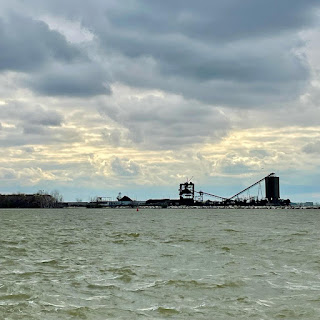 Day 27 was a blast from the past with an adventure with Chip! We haven't ridden together in while and I had fun following him around on the mountain bikes. He's grown significantly since I bought him the GT mountain bike, and since the Kona is a larger bike, he rode mine and I rode his, (since that bike actually fits me better anyway.) We explored  a few small trails at Gallup Park (which connects to Nichols Arboretum), but kept our ride short. He still had packing to do, furniture to move into storage, a paper due the next day, and an exam in the morning. He had it all under control, but didn't have a whole lot of extra time to spare. I'm glad we got a chance to ride together. 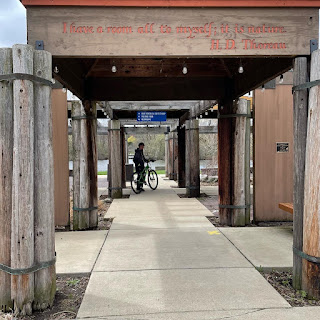 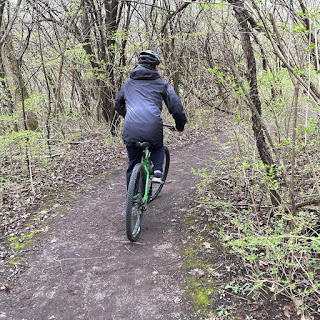 The next morning, while Chip took his biomechanics exam, I rode around central campus for Day 28, taking photos to send back to Will, and then biked down to the Kerrytown neighborhood for coffee at Zingerman's Bakehouse. (Zingerman's Deli didn't open until 11). I chilled out at the bakehouse with a latte and scone, and then returned to central campus and headed back to the hotel to change. Chip finished his exam at ten, and we hit the road after grabbing lunch at one of his regular haunts -- No Thai.
Goodbye Ann Arbor. Until next year... 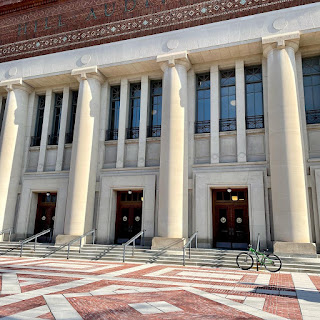