We’re only three weeks into January and the winter has just been dragging along. It’s been too warm for trail rides, (unless you ignore the damage it does to the trails, which I can’t do), but too cold for running. Sort of. Mike and I still have our weekly run dates and I try to squeeze in a run or two during the week, but haven’t really gotten back to my mileage from the summer. That’s ok, though.  It’s still only January. Still.

Last weekend we actually had snow(!); which has been oddly absent this year, so went snowshoeing in lieu of running. It was fun! We headed over to Lynn Woods, stuck to the main trails, and did not get lost. I’m calling it cross training. 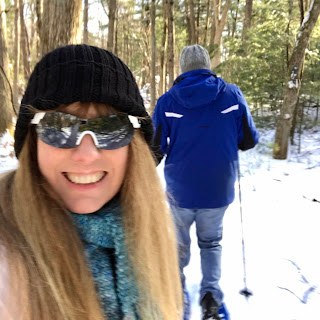