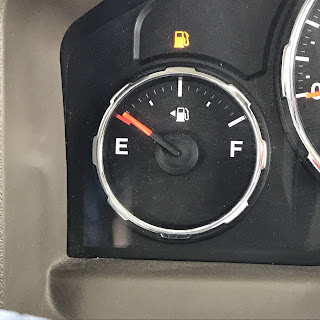 Running on Empty
After leaving Exit Glacier, I hit the road towards Girdwood, stopping a few times along the way. I had a half tank of gas when I left Seward in the morning, not thinking much about it. It wasn’t until the warning light popped on somewhere south of Portage that I began to wonder where the next gas station might be. I also had no cell service to figure it out (or call AAA if I got stuck). Eventually I arrived at the Alaskan Railroad’s Spencer Whistle Stop near Portage, and was able to ask where the next gas station might be — which I discovered was another 20 miles down the road and the only station for the 85 mile stretch between Girdwood and Seward. I feel like I should have known that. I wasn’t confident I’d make it 20 miles, but I made it. Phew! That was a close call.

Another Kind Rescue
My final night camping was at Black Bear Campground near Portage Glacier. What a great little find! It’s a tiny spot, not far from the popular (and larger) Williwaw campground. I found an open site (there were only a few) and returned to the kiosk to pay — the fee was $14.

I had a choice. I could overpay with a $20 bill or pay with twelve $1 bills and 8 quarters. I chose the later. Lol. The envelope was so thick it got jammed in the kiosk slot and wouldn’t budge! OMG. I couldn’t get it in or out! An RV pulled in, the driver got out, looked at my envelope stuck in the kiosk and said, “I guess it’s free then if I can’t pay.” and left! (WTF?) Meanwhile, another camper, (an older retiree who reminded me of the gentleman in Homer), saw me struggling to get it unstuck and offered to help. He walked to his camper and brought back some needle-nose pliers, gave it some muscle and got it free! Phew! I don’t know if the other guy ever paid, but an hour later all the sites were full. 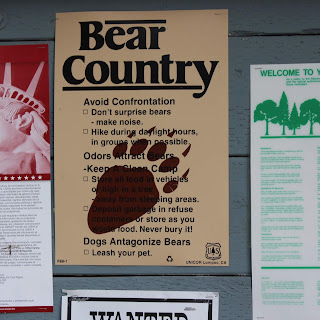