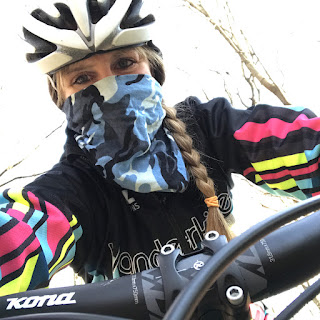 A few weeks ago I learned I was selected to continue on with Vanderkitten for a fourth year... despite my minimal event participation (and low-key social media presence) following 24 Hours in the Old Pueblo last year.

VK has undergone several major changes since I first became affiliated with the team in 2013 -- from dissolving the pro road team, to a brief return to elite cyclocross, to a large increase in the number of ambassadors in 2015, to moving their headquarters from San Francisco to Philadelphia -- each bringing significant change. I've watched many athletes and friends come and go, but a strong core squad remains and the support and camaraderie is terrific.

Elite triathlete Kelsey Withrow is leading the charge this year and many exciting things are planned for the year ahead. Two training camp opportunities are on the table, including one on the East Coast (in Virginia) in March. A Vanderkitten Zwift team is forming and several road and mountain bike events are in the planning stages. I've had Beti Bike Bash in the back of my head since Rebecca was here, but was recently invited to ride RAGBRAI in July. (A bucket list ride.) Choices, choices...

It's only Week 5 of the New Year but the calendar is already filling up!! It's time to get serious about my training goals.