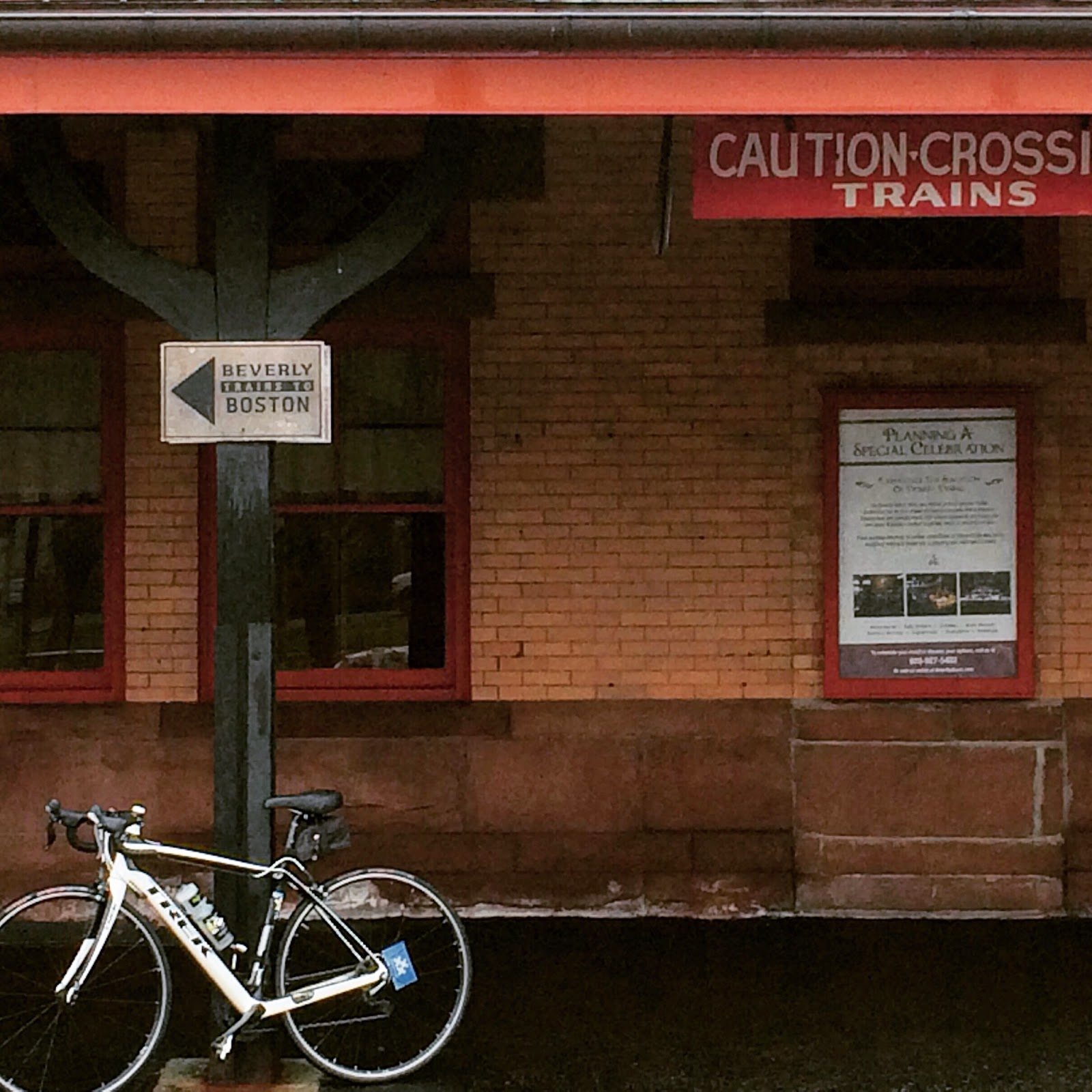 I woke up to rain and thunder this morning, which didn't bode well for my ride today. The weather forecast showed the rain clearing by mid-morning, but I had made arrangements to have my car worked on at the mechanic's, and needed to drop it off by 8 a.m., (planning on leaving the car at the shop in Beverly while biking back to Swampscott.)

After dropping my car off, and taking shelter at the train station while waiting for a passing shower to clear, it did become a decent morning for a ride. I took a few detours -- first off Leggs Hill Road to check out the trails in the conservation area. (I had the wrong bike, of course, so went as far as I could before it became impassable on my skinny tires.) Next, I headed out to Devereax Beach to see the storm surf -- there were crazy waves today after the storm system that blew through earlier. (You know it was a powerful storm when you find seaweed on the road on the other side of the seawall.) Hopefully, we've seen the last of the rain this week. 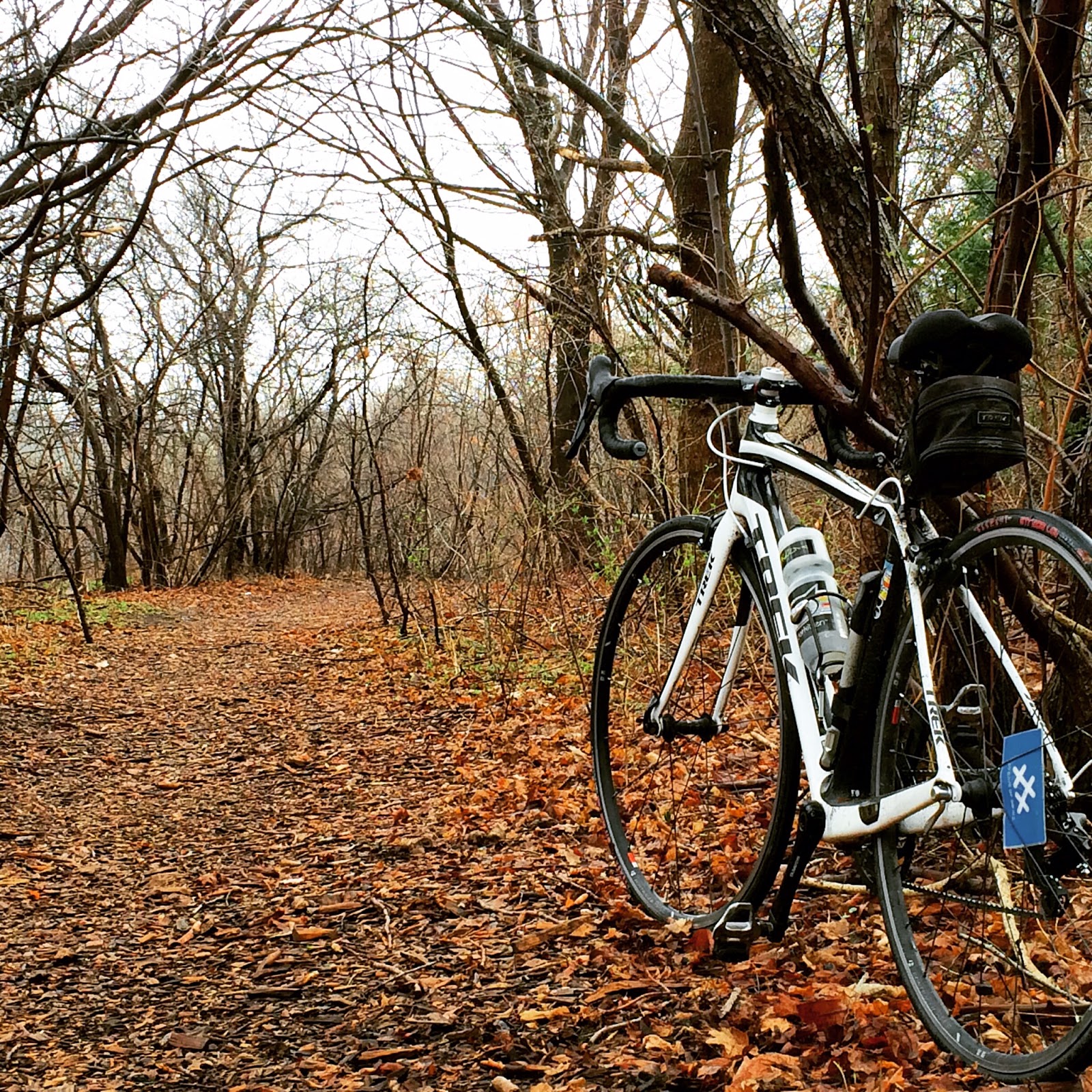