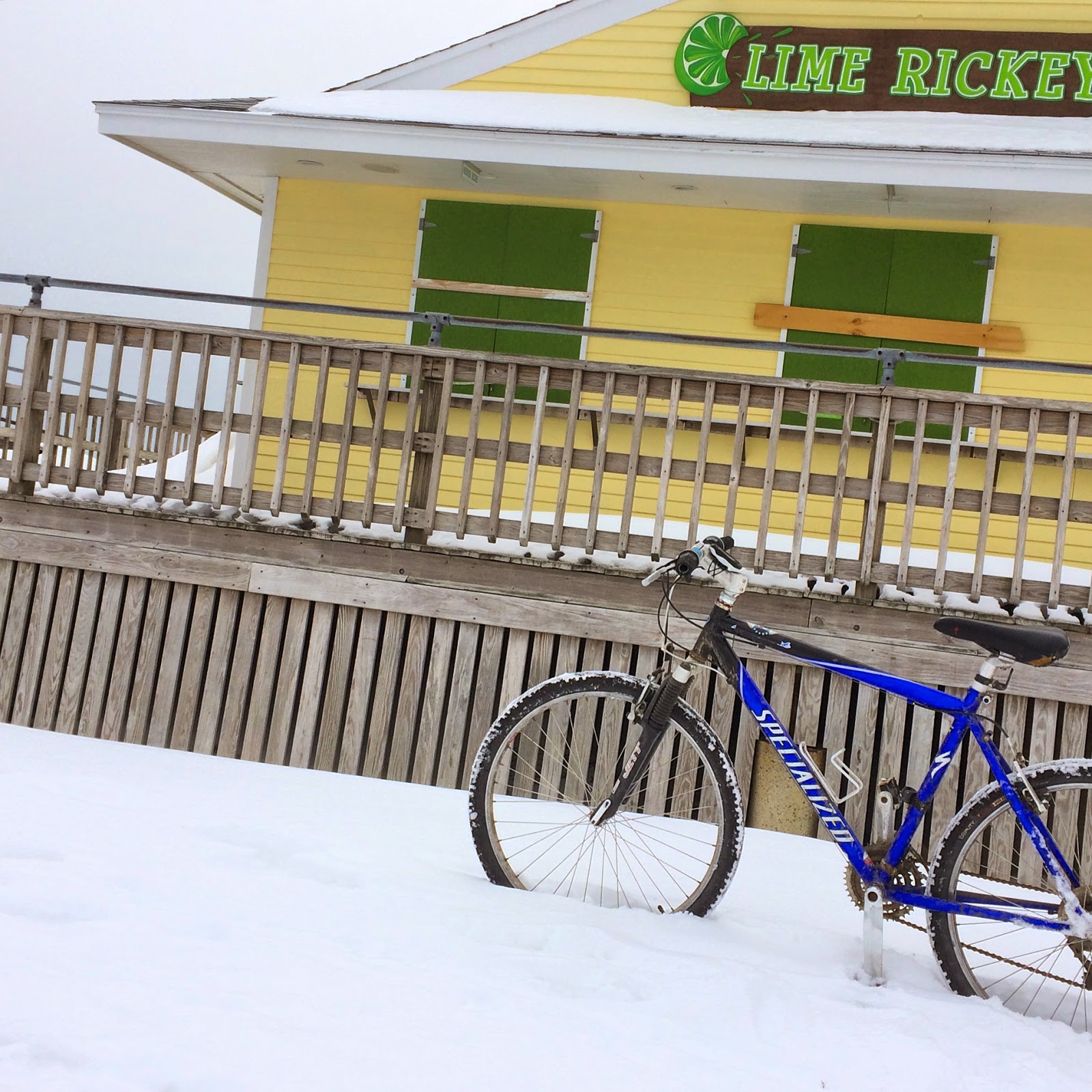 Aw geez, I feel weak! I'm back to doing weights and core work with Keli and Christine, but arm and shoulder soreness is holding me back. (It's been persistant since I landed on the pavement a few weeks ago.) This week I got out on the bike mid-week, (on the MTB), and also headed to the Y for a few workouts, but I took it kinda slow all week. A friend sent me an article about the inevitable decline in athletic performance after a certain age... and I'm at that age... so that was depressing.

On the plus side, we had spring-like weather early in the week and I got in a ride that didn't require bundling up like the kid in A Christmas Story. It was wet and messy, and the melting snow has uncovered massive potholes, (and I caught a glimpse of a curb!), but it was good to get out for a spin. Cold air is back, but at least we've had the promise of Spring.

The 5k I signed up for, The Nutty Irish 5K Cocoa Run, (which all of my girlfriends are ditching), is just 8 days away. I have not been running -- which is actually the least of my concerns, because I can always run/walk and that's fine -- but the race is on a golf course currently buried in snow. It's going to be a muddy mess and... OMG... I don't want to ruin my new running shoes!!! (For real.)

Gotta think long and hard about this one.