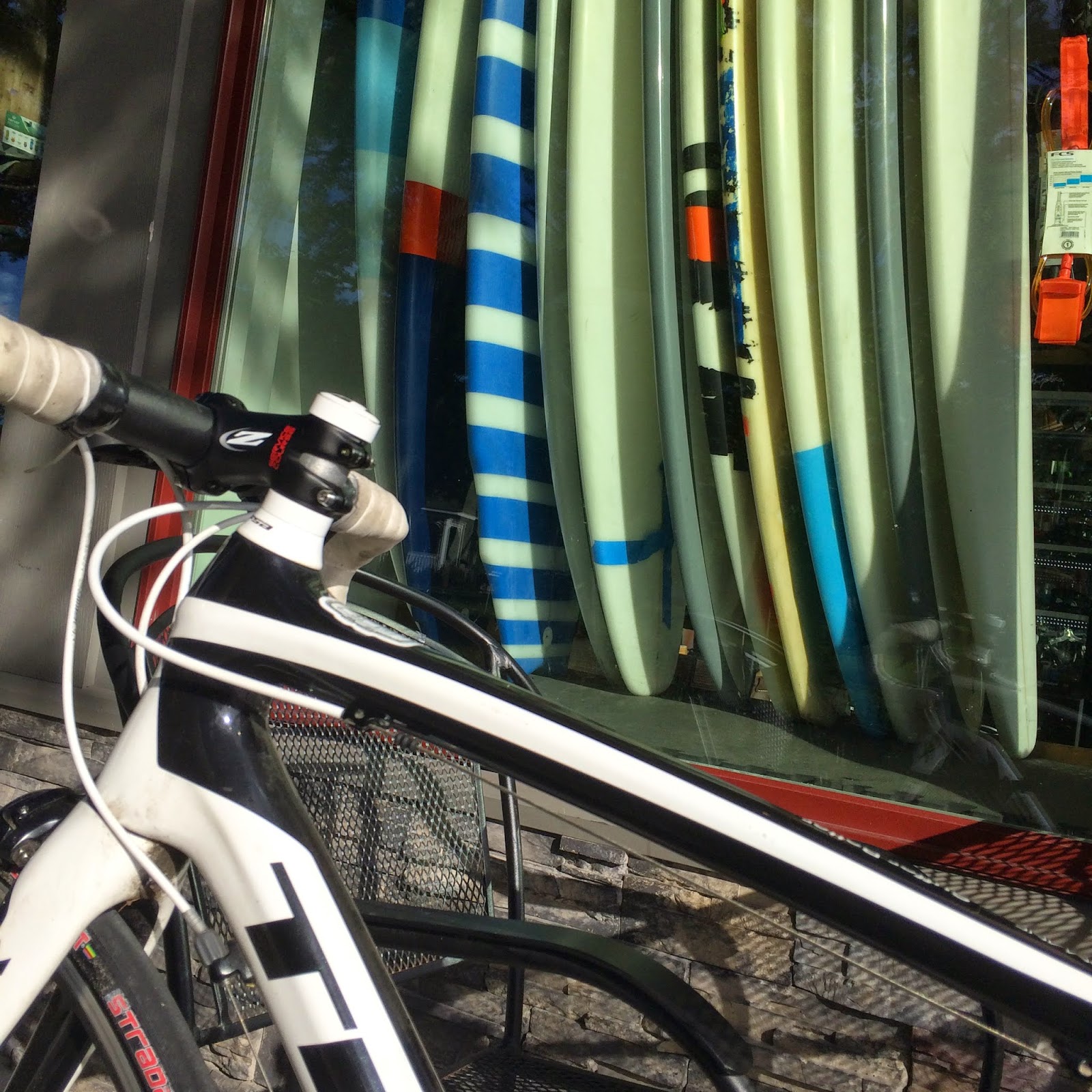 My original ride plans changed this afternoon as I overheard the boys having an argument -- with Chip on the losing end of the battle and a relentless Will hammering home his point. Poor Chippy. It's hard being the younger brother.

After Will left the house to play basketball with friends, Chip laid on his bed, stewing in anger... so I ditched my plans and suggested we go for a bike ride together. We headed down to Ocean House Surf to look at some boards and then took an easy ride along Lynn Shore Drive. It was under 10 miles, but enough of a break for him to get over the argument he had with his brother, which always works for me, too.