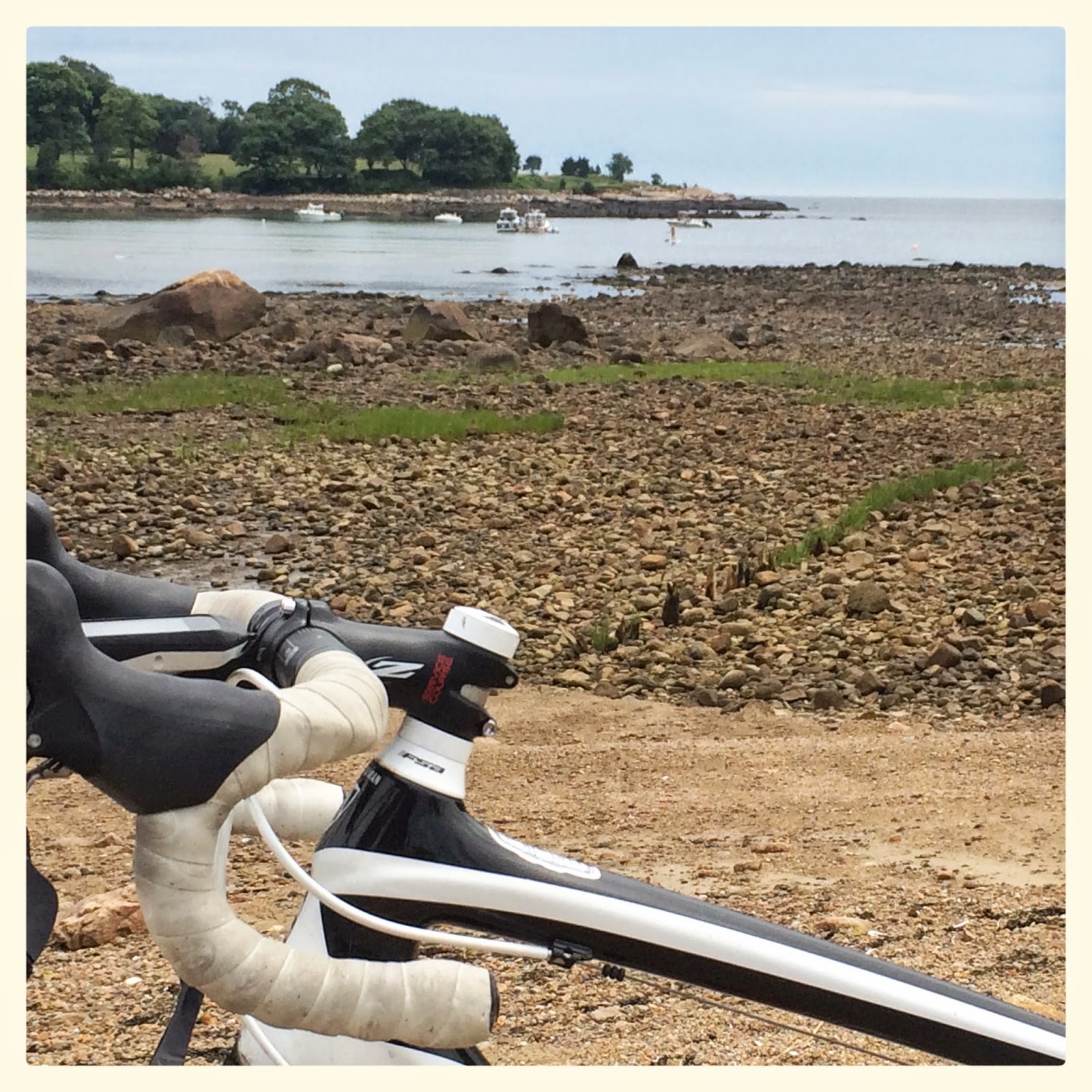 It was a good weekend for riding, although I ditched my original plans to ride the Rapha Women's 100 planned for Sunday. I had hoped to join the century ride up Mt. Wachusett with Ride Studio Cafe, and Firefly friend Carolyn, but knew this week it just wasn't in me. On Friday, I decided to ride the metric century instead, (62 miles), but woke up on Sunday with a serious case of self-doubt. I really didn't think I could do it. (Although I later learned it wouldn't have been a problem -- and I have some regrets for doubting myself.)

Ethan and I headed out early on Saturday for an out and back ride without the Cyclopaths. We both wanted to ride and get in some miles without the traditional stop and go, stop and go, 2 hour breakfast for a 15 mile round trip. Ethan is training for MS Global in September and I'm trying to get back on track for my upcoming rides, so we left early to head to Ipswich. Along the way, before 7 a.m., we ran into a few Cyclopaths and ended up heading out with them as a group. At some point, the casual riders took a turn to Manchester while Drew and Anne joined Ethan and I as we turned towards Ipswich. It turned out into an o.k. ride -- (we did stop for a late breakfast) -- and I managed to tack on an extra 15 miles after leaving the others for a 55 mile day.

Sunday's ride was a nice, easy, 30 miles along the coast. It wasn't the Women's 100 or the Climb to the Clouds, (which Lila tried to convince me to ride), but it was something. It's starting to feel like I'm climbing out of the hole I've been in.