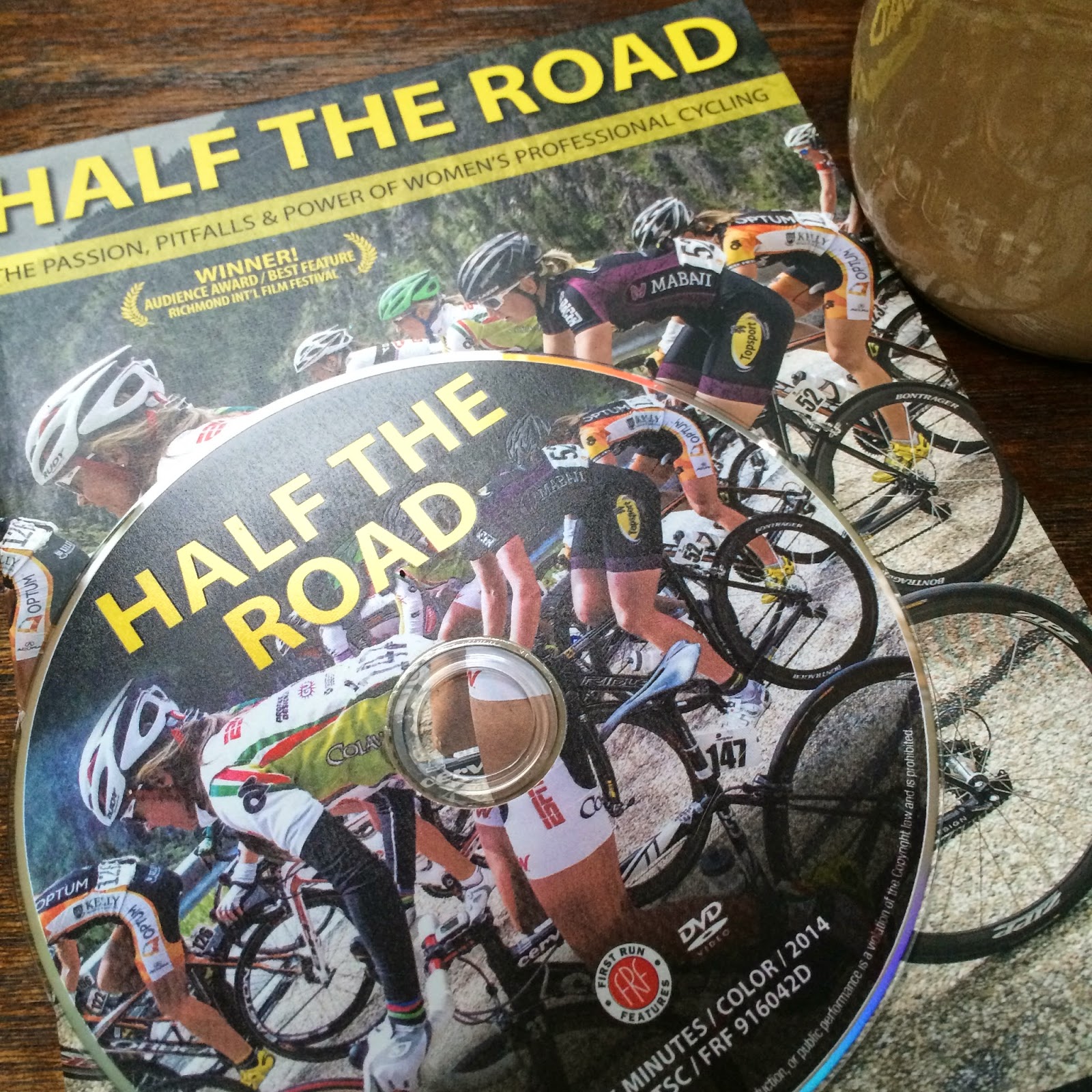 We had a rainy day today, slowing things down a little and giving me a good excuse not to ride. Chip, Will and Zach chilled out with video games, and I spent the morning cleaning the studio to get some production going, and then settled in to watch some cycling on tv.

Yesterday I received a copy of Half the Road -- A documentary that focuses on the inequality between women's pro cycling and the men's pro teams. (The feature happens to include Vanderkitten pro rider Emily Kachorek, which also made it fun to watch.)

It was an interesting documentary -- if not somewhat redundant and dry. It needed some serious editing, though gave good insight into women's cycling, and clearly stated a case for parity among the men and women pro riders. Hopefully someday that will happen. It will be interesting to watch the elite pro women race Le Course at this year's Tour de France on July 27th.

After finishing Half the Road, I switched over to the Tour de France recorded on the DVR, and caught up with Stage 10 of the Tour. (I'm a few days behind. Goodbye, Ted King and Alberto Contador.)

Since it took me 30 minutes to figure out how to work the tv, (I don't watch tv, we switched cable companies, there's three hundred remote controls, (or three), and I just don't know which buttons to push), my afternoon of watching cycling video should really count towards my training. Like watching game film. Right?