I leave for California on Friday for our pre-race prep for the Race Across America. I've procrastinated just a bit... but did manage to get the schedule ironed out and squeeze in a vet appointment for Rigby on Tuesday. A few people have asked, "What is the Race Across America? And are you riding?" -- And the the answer is, "NO", I'm not riding part -- I am a crew member for solo rider Joan Deitchman. (Crews support the rider 24/7. More about our crew in a later blog post.) 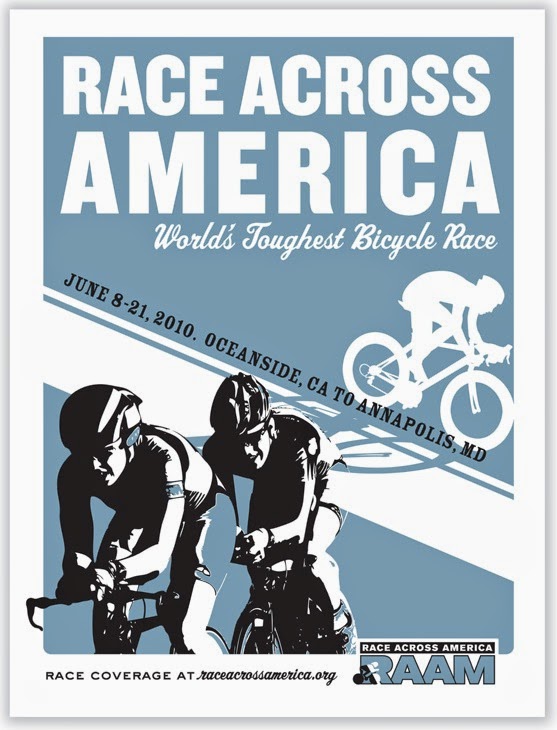 In a nutshell, the Race Across America is the world's toughest bike race. Solo riders have less than 12 days, (and relay teams have 9 days), to ride 3,000 miles coast to coast, from Oceanside, California to Annapolis, Maryland. It's a non-stop journey that takes the rider and crew members across deserts and mountains and endless plains, though unpredictable weather, and in some cases, intense traffic conditions, (where drivers are less than hospitable towards cyclists). It's not a ride for the weak. There are many websites that explain the race in detail, (check google!) and there is a great documentary titled Bicycle Dreams that chronicled the ride in 2009.

Joan is an experienced ultracyclist and has competed in RAAM before, finishing second among the women riders two years ago. She has an impressive record in ultracycling and is also a VanderkittenVIP, (which is how I got to know her). I'm excited to be a part of the adventure!