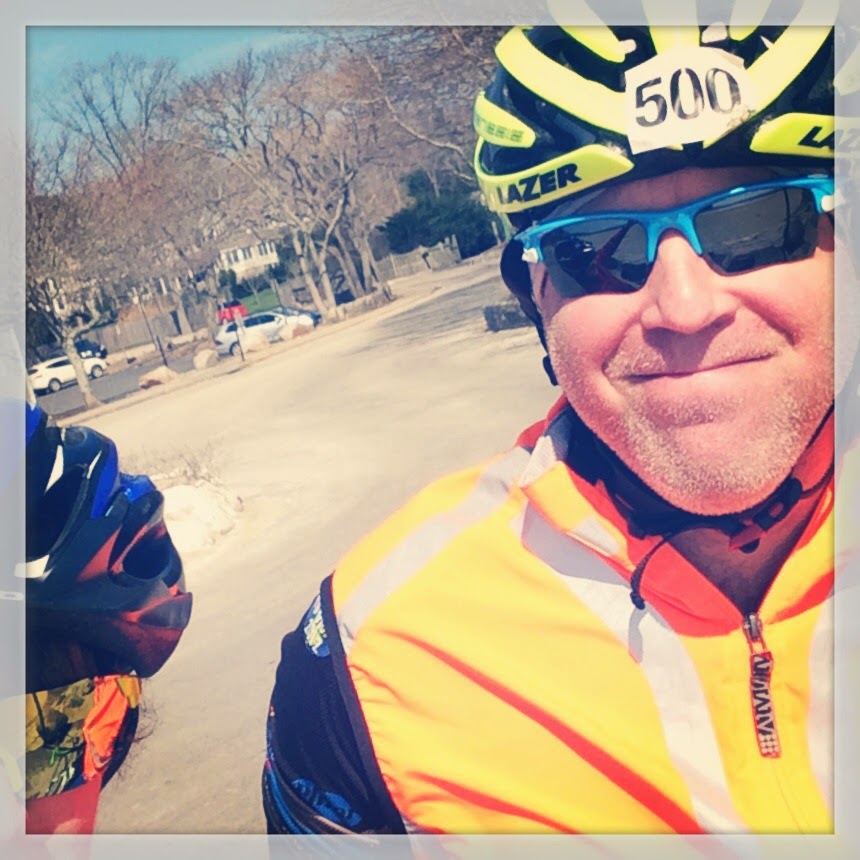 It's Patriots Day, and Marathon Monday, and all focus and thoughts are with the runners and the Boston community today.

I originally made plans to ride an afternoon loop to Ipswich with NEBC rider Andrea, who lives near me, but we made a change of plans in the morning. I learned that Tim had some free time in the afternoon for us to get together after his marathon -- but as I had already committed to ride with Andrea, it didn't look like I'd get a chance to see him again this weekend. Andrea was really cool about it, though, and made plans to head out with another rider, so I decided to get in a quick early ride and try and catch up with Tim in the afternoon.

Not more than ten minutes after I changed plans with Andrea, Ethan called to see if I wanted to ride at 9:30, so I scrambled to join him.

We headed up to Manchester by way of Route 22 and stopped at Singing Beach. Of course he had to climb the biggest hill he could find -- the backside of Forster Road. Ouch. A beautiful morning for a ride and a marathon.