Coffeeneuring Rides 5 and 6: Hot and Cold

It’s been a hectic two weeks and I haven’t had a chance to post the last two Coffeeneuring rides until now. Here they are:
Ride 5: Beach Day! It’s rare to get a 75 degree day in November, and we were lucky to have several in a row the first weekend in November. On Monday Nov 7th I rode out to Winter Island and Salem Willows in glorious September-in-November weather. The parks were busy with folks enjoying the sunshine and I even saw a few people sunbathing on the beach! 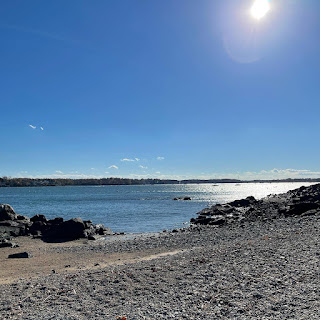 My coffee destination was a new place that opened last winter called Wolf Next Door. It was a fantastic little spot taking the place of Derby St. Cafe and one-thousand times more friendly than the former shop. The coffee specials were creative and the selection of AJ King pastries were hard to choose from. It's now my favorite coffee destination near the Salem waterfront! The owner was especially friendly and my iced latte coffee and coffee cake muffin were a perfect ending to a great Coffeeneuring ride. 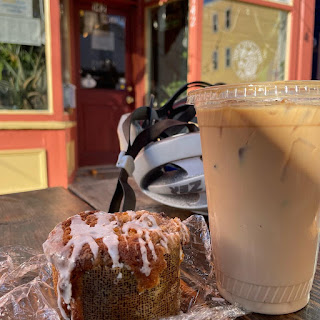 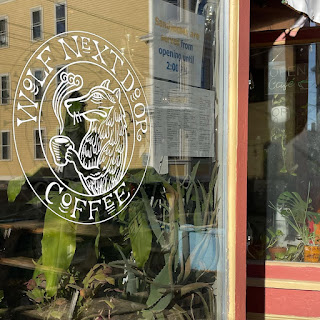 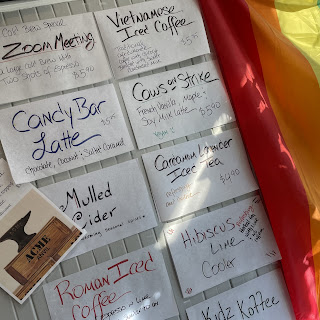 Ride 6: Cold! We went from 75 degrees last week to 40 degrees this week. On Friday, Nov 18th I headed toward Salem with one café destination in mind, but changed my plans when it started to rain. The shower was brief, but with more on the radar, I decided to cut my ride short and head to Panera Bakery on the route home. I cut through the Forest River Conservation Area and walked my bike over to the wetlands to see if any egrets or herons were still around. (They were not.) I hadn’t been to Forest River for  a while and was saddened to see the overwhelming graffiti on every stone outcropping and rock face in the preserve. Even the smallest bowling ball sized boulders were marked in spray paint. It was disheartening. 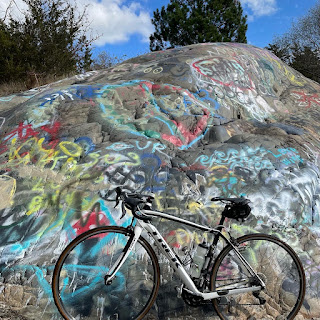 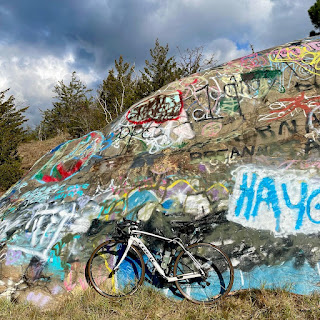 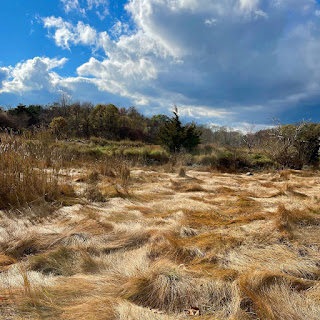 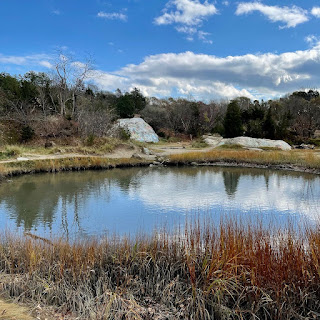 I arrived at Panera just as the clouds opened up with another burst of showers. I sat by the windows and watched the rain, enjoying a fun mitten-shaped sugar cookie and mug of weak hot chocolate. It was nice to get out of the wind and wet weather for a cozy break.
One more to go for this year’s Coffeeneuring Challenge! 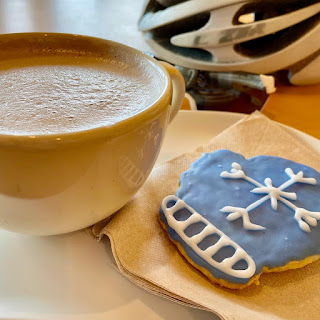