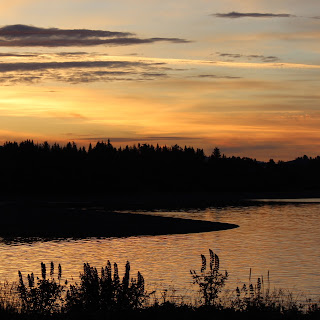 Good morning from Homer! Waking up to a sunrise at 4 am, with the moon still high in the sky behind me, was magical. I wasn’t sure what my plan was for the day, but knew I wanted to spend one more night in Homer. I broke down camp and headed over the causeway to have breakfast on the spit. Google informed me that the only place open at 6 am was the Baleine Cafe, so off I went. It was fantastic! And so friendly! I was one of only a few customers in the cafe, too early for most of the tourists. Fishermen came in for breakfast, a few stopping by for call-in orders to go. I’m sure it was a packed place an hour after I left. I explored the quiet docks of Homer and window shopped the closed stores. So peaceful and unhurried without the tourist traffic. 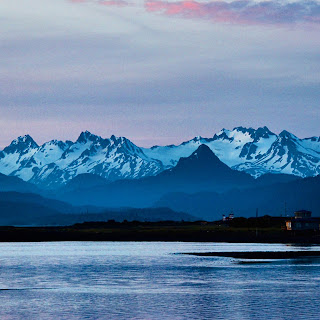 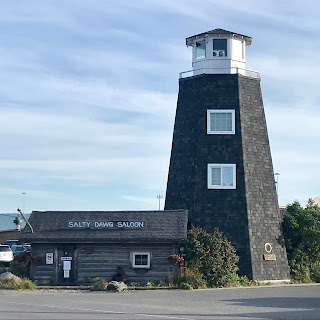 My plan for the day was to take a boat out to Seldovia which didn’t leave until 10, so I returned to The Mariner campground and noticed a few campers had packed up and left, including one directly across from me on the beach. I paid for that spot and moved the Jeep, and placed my reservation slip on the post. (I took a photo of it this time for evidence. No one was stealing my spot this time.) While I was doing that, a nice older gentleman came over and said, “I was hoping you’d return!” He then held out the removable crank that engages the pop-up tent on the camper. OMG, I must have dropped it when I broke down camp! He not only saved my camping adventures for the next week, but also $500. Ron (at the rental company) had explained to me that it’s been difficult getting replacement cranks from the tent company and begged me not to lose it. Two days later, I almost did. Woah. I thanked him profusely. I was really lucky.