Dogtown with Chippy. Laughing so hard it hurt 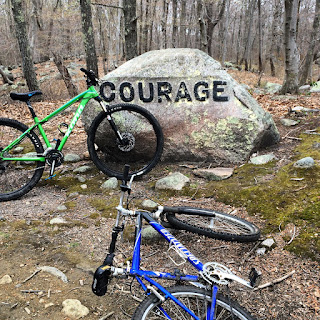 Chip's lacrosse game in Gloucester early Sunday morning gave us a good opportunity to explore Dogtown Commons after the game, so we tossed both MTBs into the car and made a plan for adventure. And OMG, what a crazy adventure it was!!

Soon after entering Dogtown, we got lost -- though were eventually able to pick up a signal on the phone to download a map. We then went in search for the Babson Boulders -- created by philanthropist Roger Babson, who commissioned unemployed Finnish stonecutters to inscribe inspirational messages into boulders throughout the woods during the Great Depression. It was a crazy "scavenger hunt" -- following a main trail which became confusing with crisscrossing trails and forks in the road. I don't know how we managed. (Chip lead the way. Hahaha...)

The trail was 50% passable by bike, very rough terrain at times, so we hiked quite a lot, but it was one of the best adventures. Chip gave it a ten out of ten for adventure and I couldn't stop laughing at our ability to get lost despite our "map". (We found 16 of the 27 boulders.)

Funniest, craziest day in a long time. So much fun. 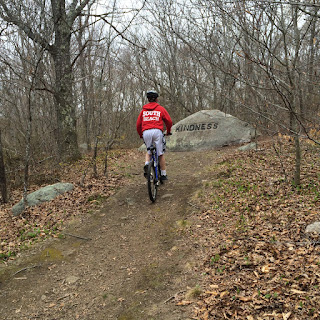 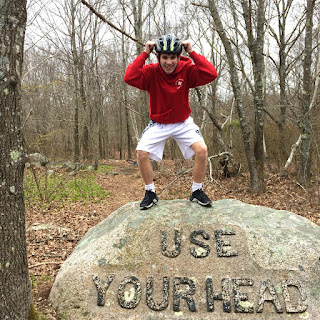 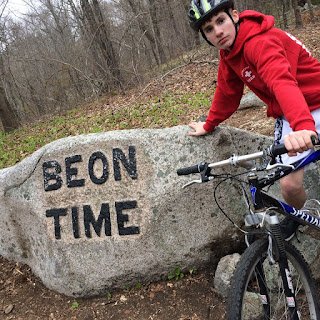