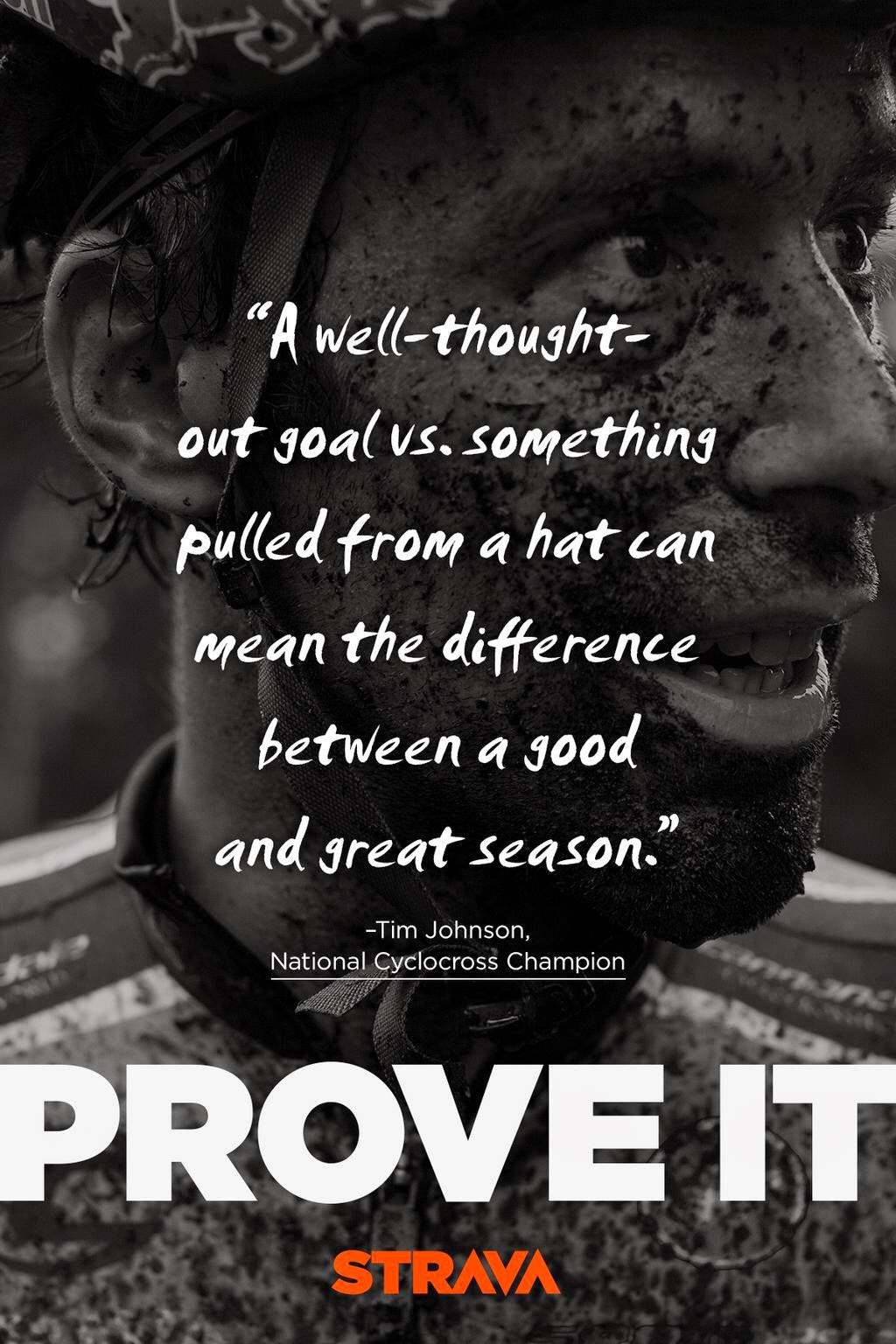 A bunch of weeks ago, at the Rapha Supercross in Gloucester, I was sitting next to a lovely lady and her husband, while waiting for the next race to start. Caro and Rebecca had just finished their Elite Women's race, and the Elite Men were soon to follow. Pro racer Ted King walked by and stopped to say hello to the woman beside me -- and when he left a few minutes later, I mentioned I had a friend who had a mad crush on him. She chuckled and said, "Who doesn't?" Hahaha. She was great!

We chatted for a bit before the race started, and I asked if she was cheering for anyone in particular. She replied, "Tim. I'm his mom." She was quite proud -- you could hear it in her voice -- and I knew just how she felt. I love watching my boys play their sports as well. I didn't know who "Tim" was... and asked "Tim who?",  and she politely answered, "Tim Johnson."

I thought of her today when I read the above quote from her son -- part of the Strava Prove It campaign. Those words actually hit home for me. Maybe this past year fell flat for lack of a true goal.

I've met several pro riders, (a few through Vanderkitten, of course), but Tim Johnson isn't one of them. (He's actually from nearby Middleton). I have to say, with a mom like his, though, he must be a terrific guy. So, three cheers to Tim Johnson's mom and well-thought-out goals.