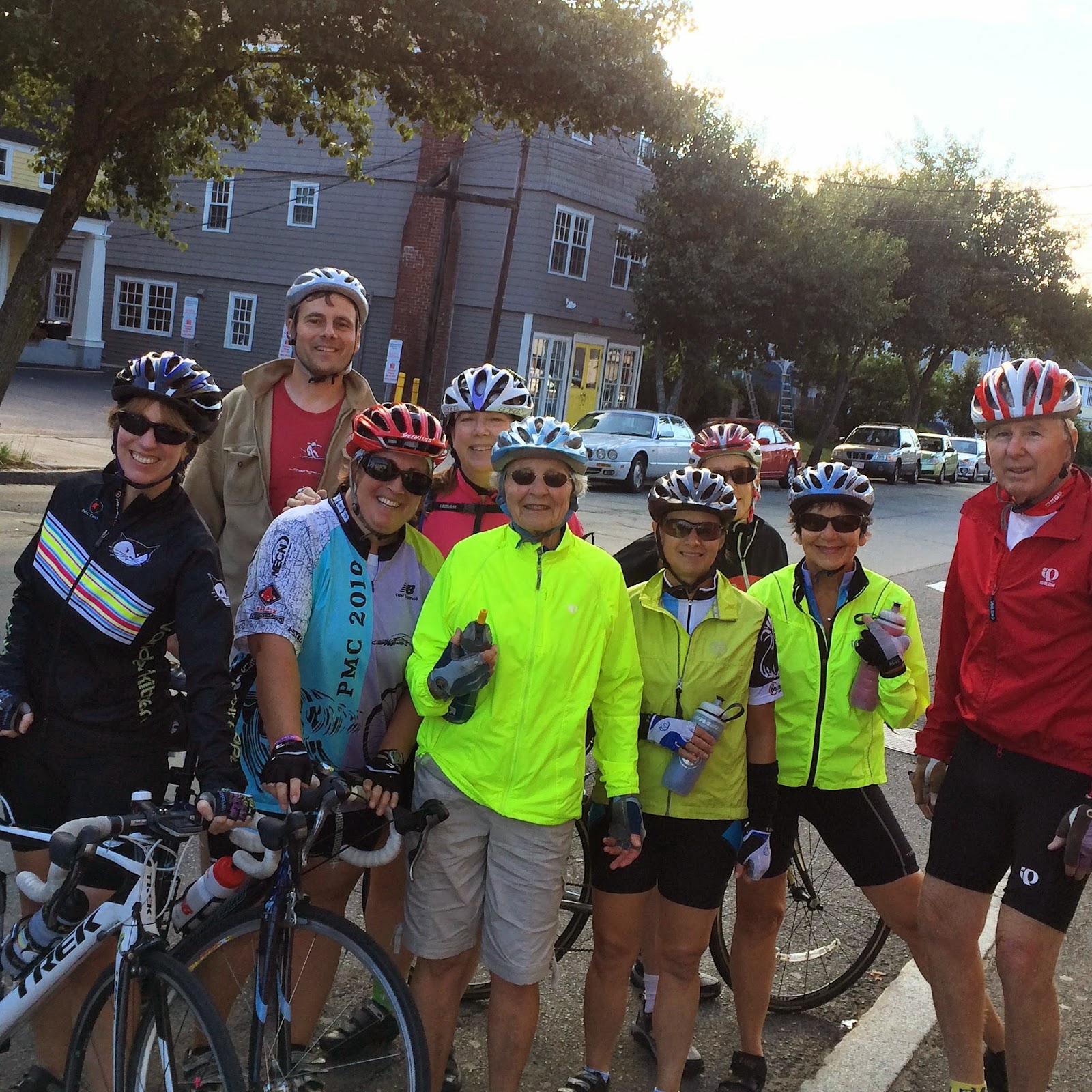 We've had a great stretch of weather for riding, as the boy's schedules have become a little crazier. I'm doing my best to get my rides in, but it has been a challenge! On Saturday, I joined the Cyclopaths for a breakfast ride to Manchester, and had a great time -- especially since Ducky rode with us. She is in her mid-80's and rides like a champ. I love her. (Ducky's son, Tim, has been in town for the last two weeks, visiting from Chicago, and joins us every summer. Saturday was his last ride with the gang until next year, so it was fun to ride with him as well.)

Cyclopath rides are often slow and pokey, and I generally don't mind. I know that it's a social ride. I admit to sometimes getting frustrated wth the pace -- but that's really my mood at the time, and not about the group. On the days I need to get in more miles, or I'm pressed for time, I'll head out for a ride on my own. That's how it's been for well over a decade, when riding with Sam, Manny, Sheldon, Av, and Bill... Sue de Vries and Susan Redfield... we have a lot of history.

This past Saturday, we all headed out as a group... but three riders, (led by Anne), conspired ahead of time to go off and do their own thing. As we approached Manchester, they made an announcement that they were not stopping for breakfast at the Beach Street Cafe with the rest of us, but rather the bakery about 500 yards from where our gang planned to stop. (I guess we weren't invited?) What a way to create ill will. All I can ask is, "Why the hell are you riding with the Cyclopaths if you're just going to go do that??"

Just had to ask.